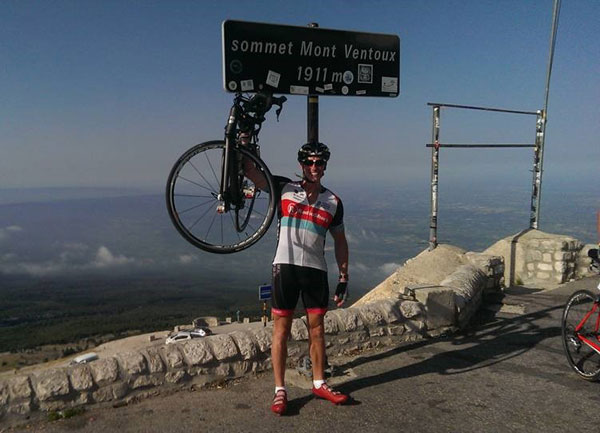 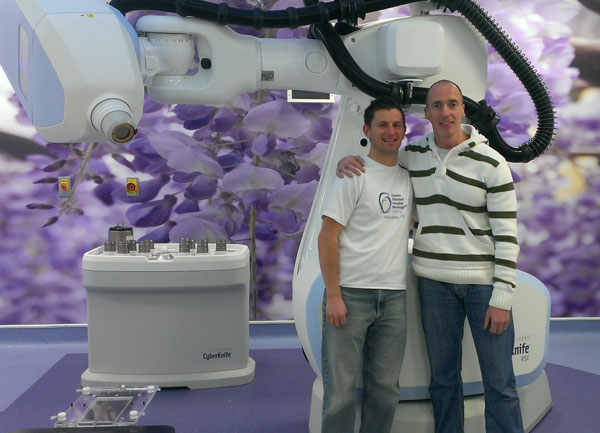 I had a lump appear on my neck in August 2012, which a physio and a doctor both checked out and said it appeared not to be too sinister. I had antibiotics to clear up what appeared to be a cyst. The antibiotics failed to clear this up so I returned to my doctor who aired on the side of caution and referred me to a specialist.

I went to see my specialist who arranged for me to have a needle aspiration and a scan. I must admit, and I'm not sure why but I had a bad feeling about it. I got a date to return to the consultant accompanied by my wife who was intending to remain outside. However, as I approached the room, I noticed a McMillan nurse inside who approached me and asked if I wanted my wife to come in.

My consultant confirmed that it was what he had originally thought - a tumour on my left tonsil. The lump I had gone to the doctors with was indeed a cyst, but I had a tumour on my left tonsil that had spread to five nodes in my neck. I was suddenly feeling very grateful that this cyst had appeared and subsequently unearthed a far more serious problem. I hadn't had any of the usual side effects i.e. sore throat, coughing up blood etc. I have been a Prison Officer for 27 years and 25 of those working as a PE instructor. I was training six days a week and was quite honestly as fit as I had been at any time in my life.

I was referred to Mr Pracy at Birmingham Queen Elizabeth Hospital, who removed my tonsils as well as the tumour and arranged a scan for me. After a team meeting, he came up with a treatment plan. There was to be a slight twist as I was to be offered either a trial treatment or the treatment plan many had undergone before me. My head span for days not sure which way to go! After long deliberations with my wife I decided against the trial.

The plan was to undergo seven weeks of treatment Monday - Friday, 35 sessions of Radiotherapy and five sessions of chemotherapy, which were every Tuesday for the last five weeks. This treatment was to commence in November 2012.

I had to find a way. I devised a way of practicing where I lay on the bed with my football shirt wrapped around my head as tight as possible and tried working my way through some of my favourite songs. This continued at regular intervals throughout the days and evenings. In the first week, I barely got beyond a line or two! I persevered and over a few weeks managed to get to seven songs before pulling off my shirt in a mad panic.

My treatment started and I used the help of medication for the first week and music played as loud as permitted. The first two weeks (apart from the mask) were actually a bit of a breeze - I even managed to train each day.

Week three hit me like a truck and I gradually got worse. If I'm being honest, I really struggled through the last two weeks. It didn't help that my treatment ran all the way through Christmas and finished three days before my daughter's first birthday on the 17th January.

Treatment was complete and I very slowly recovered. I visited the dentist who told me that the Radiotherapy had a bad effect on my teeth and the deterioration resulted in me having to have all of them extracted. Prior to this, I underwent six weeks of Hyperbaric Oxygen Therapy to strengthen my jaw in preparation.

Eventually I had the operation. I wouldn't say I have ever been the best-looking chap in the world, but I was shocked at how my appearance was about to change. Friends and colleagues I had known for years walked past me not recognising me. I returned to work without teeth and I have to say I was amazed during the many months I worked without teeth not a single prisoner ever ridiculed me or was remotely impolite towards me. Prisoners quite often get bad press but rarely receive good press. Prisoners and staff all came together and through various fundraising events raised in access of £19,000 for the Birmingham Queen Elizabeth Hospital cyber-knife charity that I had asked them to raise funds for.